The future of base to base shortsea transportation 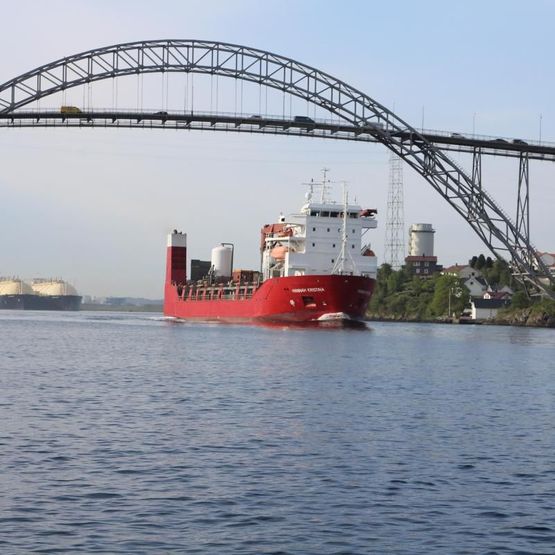 The freight of various liquid, drybulk and general cargo have historically been partly transported on road between offshore bases along the coast of Norway. There has been the government's goal to transfer this transport from road to sea for almost a decade.

Historically this transport has also been done on PSV´s with limited cargo combination capabilities.

In later years focus on environmental impact from ship transportation has also been a major focus for the government. The same focus can be seen on various companies involved in the offshore activities like Equinor and major industry players in the market like Halliburton and Kuehne & Nagel.

Hannah Kristina outline specification was made in order to focus on these elements and also to streamline the cargo shift along the coast.

As a result, the vessel is constructed with the following capabilities: Shore power for reduction of emission at sea but mainly in port., a battery pack in order to reduce the need for auxiliary power in port and also administer the various peak loads. The plan is to install LNG on the dual fuel main engine. 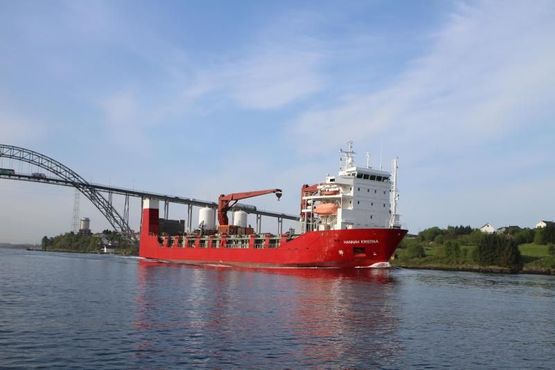 The combination with general cargo like containers, roll on roll off cargo, liquids of various configuration and pumping capacity of same, pumping of dry cargo and heavy lift capabilities have resulted in a vessel that limits the transportation of empty space to almost zero – vessel has always “Return cargo”. 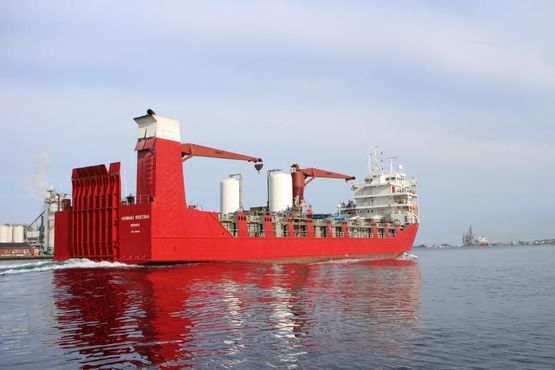 A significant shift of cargo from road to sea is the result and the environmental effect is big. The roads on west coast of Norway are of various quality and often goes though small villages with the risk of accident. This is an additional benefit for the society.
As a general rule of thumb the vessel replaces 2 PSV, one chemical tanker and numerous trucks.